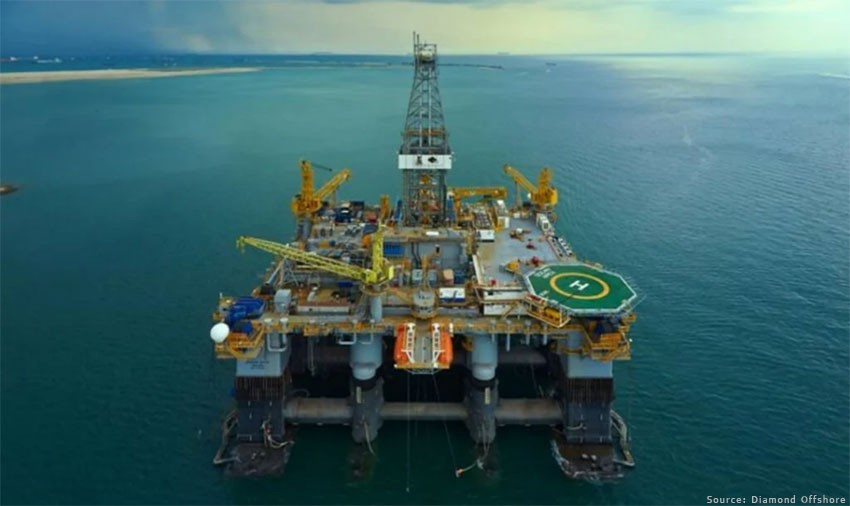 Rig working on BP’s Ironbark-1 well offshore Australia has completed the work scope on the well and departed the location of the well earlier this week.

Cue Energy, BP’s partner in the well, said on Wednesday that the Ocean Apex drilling rig completed its work scope and plugged and abandoned the Ironbark-1 well and left the location at midnight on Monday, 11 January 2021.

The well was drilled to a total depth of 5,618 meters measured depth (MD), intersecting the primary target of the Mungaroo Formation at 5,275 meters (MD).

The partners in the joint venture announced in late December that no significant hydrocarbon shows were encountered in the target sandstones.

The Ironbark well was spudded on 31 October 2020 using Diamond Offshore’s Ocean Apex semi-submersible drilling rig. The Ironbark gas prospect was described as world-class and was supposed to hold the best estimate of 15 Tcf prospective recoverable gas resource – but it wasn’t to be.

In Wednesday’s statement, Cue CEO Matthew Boyall said: “The results of the Ironbark-1 well were disappointing, but we thank BP, the operator of the permit, for their safe and professional execution of the drilling operations.

“Cue has a strong underlying business with two projects currently in the development phase in addition to the continuing revenue from the Maari and Sampang projects. With cash reserves available, Cue continues to look for new, value-adding opportunities”.

Exploration permit which holds the Ironbark prospect, WA-359-P, is located in the Carnarvon Basin offshore Western Australia some 50 kilometres from existing North West Shelf LNG infrastructure. The Ironbark well was drilled in a water depth of around 300 metres.

Partners in the WA-359-P offshore block, where the well is located are operator BP with a 42.5 per cent and partners Cue Energy, Beach Energy, and New Zealand Oil & Gas with 21.5, 21, and 15 per cent, respectively.

Exxon is slashing workers and cutting costs after a historic year of loss. Here's everything we know.