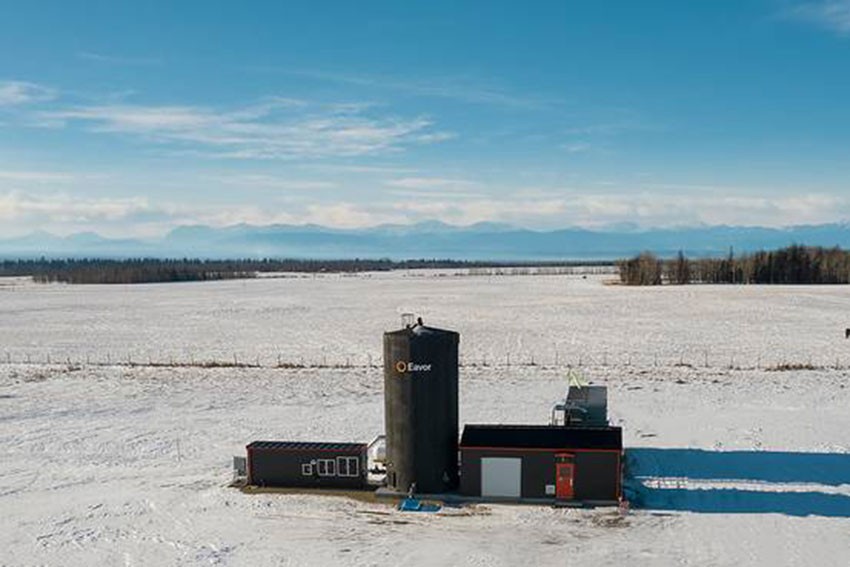 BP and Chevron Have Made a Landmark Bet on This New Form of Clean Energy. It Could Completely Change the Renewables Scene

BP and Chevron have made a landmark investment into a new technology that could provide the world’s first scaleable, renewable energy from a constant source: the natural heat of the earth.

On Tuesday the two oil majors headlined a $40 million funding round into Eavor, a Canadian geothermal energy firm that has pioneered a new technology to generate heat and electricity in a way that could be deployed in many places around the world.

It is the first investment into geothermal energy for BP, which is a leader among the oil majors in the race to transition away from fossil fuels. It represents a reentry into the field for Chevron, which sold off its geothermal assets in 2016.

The back story. Geothermal energy has been around for decades, enjoying a boom period in the 1970s and 1980s before largely falling out of the spotlight in the 1990s. Relying on heat below the surface of the earth, it has long been an attractive proposition for oil and gas companies, which have core expertise in below-ground exploration and drilling.

The problem is that conventional geothermal energy relies on finding super-hot water sources underground, making them expensive, risky, and rare bets. More recent advances have roots in the shale oil boom, and use fracking techniques to actually create the underground reservoirs needed to generate energy. But this can pose a problem from an environmental and sustainability standpoint.

With global energy companies in the midst of an existential reckoning, that standpoint has never been more important. BP has predicted that peak oil demand may have already passed, and the industry faces increasing pressure to pivot away from pollutive hydrocarbons to more sustainable sources. So far, much of the renewables investment has focused on wind and solar.

What’s new. Calgary-based Eavor announced that it had raised $40 million in its first major funding round, led by the venture arm of BP and including Chevron. It marks a significant injection of funds into Eavor, which has previously only accepted angel and venture capital investment. The investment will be used towards research and development to help scale the power system to be price-competitive.

“We see Eavor’s potential to be complementary to our growing wind and solar portfolios,” said Felipe Arbelaez, BP’s senior vice president of zero carbon energy. “Technology such as Eavor’s has the potential to deliver geothermal power and heat and help unlock a low carbon future.”

Eavor has developed a new type of geothermal technology that, in very simple terms, creates an underground “radiator.” The Eavor “Loop” consists of a closed-loop network of pipes installed typically 3 kilometers to 4 kilometers below the earth’s surface, originating and terminating in the same aboveground facility. The pipes are installed using advanced drilling techniques perfected in the oil patch.

Liquid travels in the pipes from the aboveground facility through the hot ambient underground environment, before naturally circulating back to the top of the loop. The hot liquid is then converted into electricity or transferred to a district heat grid.

It doesn’t require the exploratory risk of traditional geothermal energy or disrupt the earth the way that fracking-style geothermal does.

An advantage to this type of energy is that it is constant, providing a base load of electricity to a grid system without requiring challenging battery solutions like intermittent wind and solar power. Unlike hydroelectricity, which relies on large sources of constant water flow, it is designed to be scaled, and Eavor envisions rigs installed under solar panel fields and in space-constrained regions like Singapore.

John Redfern, Eavor’s president and chief executive, told Barron’s that the system’s predictability, established in Alberta, Canada field trials in partnership with Royal Dutch Shell, is repeatable and scalable, making it much like wind and solar installations.

“We’re not an exploration game like traditional oil and gas or traditional geothermal. We’re a repeatable manufacturing process, and as such we don’t need the same rate of return,” Redfern said.

“Before we even build the system, unlike an oil well or traditional geothermal, we already know what the outputs can be. Once it’s up and running, it’s super predictable,” Redfern said. “Therefore, you can finance these things exactly like wind and solar, with a lot of debt at very low interest rates.”

Looking ahead. Investment from BP and Chevron into Eavor is a vote of confidence on an energy technology that has the potential to be transformational. Make no mistake: this is early-stage. Eavor has much to prove and much could go wrong. This may not work.

But in the grand scheme of things, $40 million is a drop in the ocean, and at some point billions of dollars must be spent to get technology like Eavor’s off the ground. With massive upside, there is ample incentive. If oil majors are serious about an energy transition, they need to take more risks like this.