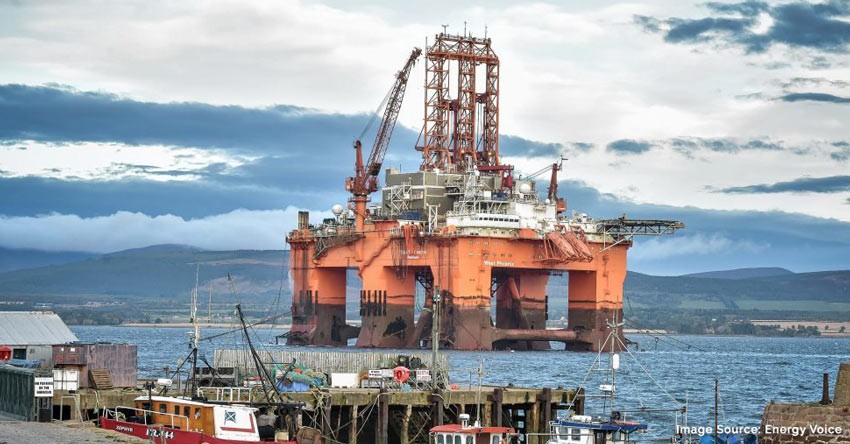 North Sea exploration was dealt a heavy blow yesterday after Jersey Oil and Gas said the Verbier find estimated at the time to contain over 100 million barrels is now estimated closer to the low range of 25 million barrels.

Shares in the Jersey surged 500 per cent on the day it announced the discovery, yesterday they plunged 58 per cent after the oil and gas independent announced disappointing results from appraisal drilling on the Verbier find.

Jersey made the initial announcement of the find in October 2017, confirming it could contain as much as 130 million barrels oil.

Jersey Oil yesterday confirmed it estimates of the size of Verbier were likely to be revised towards the lower end of the initial range of 25 million barrels of oil equivalent to 130 million barrels.

“We are both surprised and disappointed by the results of our appraisal well,” said chief executive Andrew Benitz.

Equinor said the results of the well had not shaken its belief that the United Kingdom Continental Shelf (UKCS) has a lot more to offer in exploration terms.

However, the results of the Verbier appraisal may disappoint North Sea oil and gas sector champions.

Verbier confirmed the potential to make big finds in the mature North Sea as a number of operators looked to shift investment to areas they reckoned had better prospects, including the shale basins of the USA.

Industry body Oil & Gas UK said Verbier provided a signal of confidence in the future of the UK Continental Shelf and was the kind of development that should further persuade investors of the benefit of putting their money into the basin.

Jersey sold a stake in the acreage containing Verbier to Equinor.

“We maintain that the UKCS has more to offer and we will continue to actively explore for new opportunities as part of our strategy to unlock the remaining potential in both underexplored and more mature areas,” said an Equinor spokesperson.

The Verbier appraisal drilling formed part of a five-well UK exploration programme planned for this year by Equinor, whose UK offshore operations are run by Hedda Felin.

The spokesperson said the area containing Verbier remains interesting. Equinor will continue to evaluate the well results to update its understanding of the broader play.

“JOG remains well-funded to pursue our growth plans and will continue to assess various acquisition opportunities as we move forward,” said Mr Benitz.