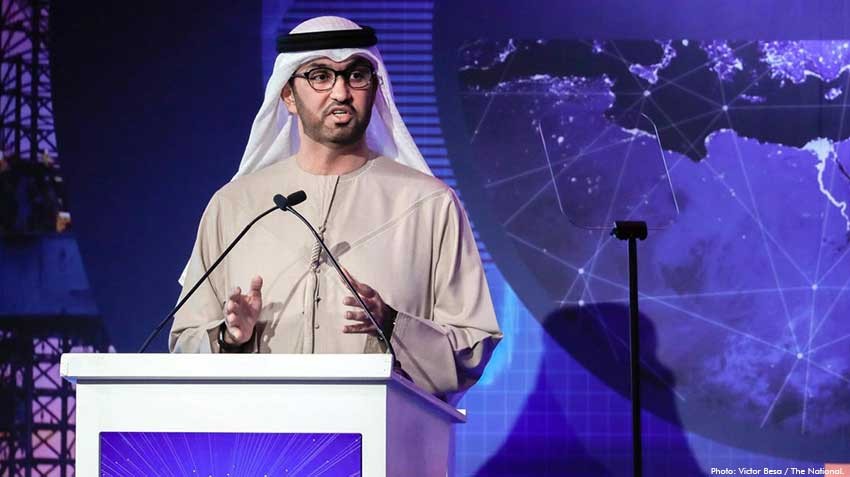 There are signs that the oil market has tightened in recent weeks and will rebalance over time, said Dr Sultan Al Jaber, UAE Minister of State and chief executive of the Adnoc Group.

“When it comes to oil, there are signs that the market has tightened in recent weeks. The Opec+ agreement, voluntary cuts outside Opec++, and production shut-ins are working together to start to rebalance the market,” Dr Al Jaber said, speaking on Adnoc’s Virtual Majlis.

“This will take time. As economies begin to open up, demand will follow, but the path to the next normal is not a straight line.”

A historic collapse in demand due to the coronavirus outbreak resulted in oil prices falling below zero and they are still down more than 50 per cent this year.

However, there are indications the market is slowly rebalancing as major producers cut supply and consumption recovers.

Oil is headed for a third weekly gain and futures in New York are up 13 per cent this week after closing above $27 a barrel on Thursday for the first time in over a month.

After a landmark deal last month, Opec+, an alliance of top oil producers, is reducing production by almost 10 million barrels a day in May and June, and will keep drawing back supply until 2022.

Additional contributions from G20 members including the US, which joined global production caps for the first time, could amount to an overall drawback of 19 million bpd.

Opec’s core Gulf Arab members said this week that they are cutting an extra two million bpd combined more than their stipulated quotas, including a million bpd from Saudi Arabia and 100,000 bpd from the UAE.

Global oil production is on track for a historic decline this month to the lowest level in nine years, according to a monthly report from the International Energy Agency on Thursday.

The agency boosted its 2020 demand estimate by 700,000 barrels per day but it still remains set for an annual plunge of 8.6 million barrels per day, or about 9 per cent.

Dr Al Jaber said the oil market outlook remains unpredictable. He is, however, optimistic that Adnoc can navigate this period of uncertainty.

He highlighted that Adnoc is well-positioned due to its transformation programme over the past four years.

“We’ve been laser-focused on being one of the lowest-cost producers in the world. And this has given us the flexibility and the resilience that we need [in] times like these. In this environment, we are continuing to work even harder to preserve our resources and maximise our profitability,” Dr Al Jaber said.

“It is essential to communicate a message of unity, that we are in this together and will find our way through together,” Dr Al Jaber said.