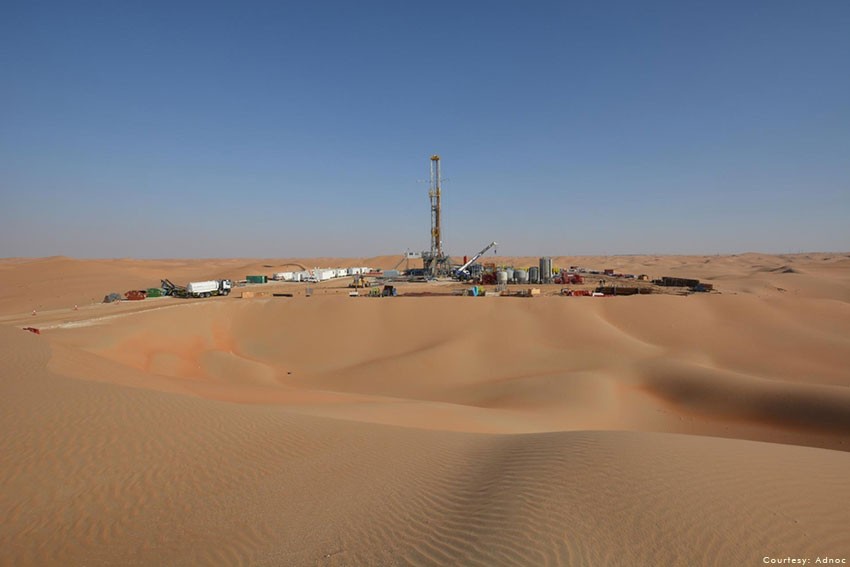 Adnoc awards onshore block to Occidental in second bid round

The 35-year concession for onshore Block 5 is the first that Adnoc awards following the successful completion of its second bid round. Last month, Abu Dhabi's Supreme Petroleum Council gave the green light for Adnoc to begin awarding exploration blocks.

Occidental, a major player in the Permian Basin in the US, will hold a 100 per cent stake in the exploration phase, investing Dh514m "to explore for and appraise oil and gas opportunities", Adnoc said in a statement on Wednesday.

"Occidental was selected after a very competitive bid round that builds on the success of our debut bid round completed last year as part of Abu Dhabi’s block licensing strategy aimed at accelerating the exploration and development of our substantial hydrocarbon resources," Adnoc group chief executive Dr Sultan Al Jaber said in a statement.

"The award underscores the attractiveness of Abu Dhabi’s huge untapped resource potential and Adnoc's ability to continue to secure foreign direct investment to the UAE’s stable and trusted business environment, despite tough market conditions," Dr Al Jaber, who also serves as the UAE minister for industry and advanced technology, added.

The block's proximity to existing oil and gas fields suggests "promising potential" according to new 3D seismic data acquired over the area.

The US oil company will have the right to develop and produce any successful commercial discovery following the exploration phase. Adnoc will have the option to hold a 60 per cent stake in the production phase of the concession.

Adnoc launched its second licensing round in May 2019, offering five blocks, stretching across an area of around 34,000 square kilometres.

Offshore Blocks 3, 4 and 5, as well as onshore Blocks 5 and 2 were part of the bid round, with the latter offering two separate licensing opportunities for conventional and unconventional hydrocarbons.

Adnoc also plans to spend $122 billion over the next five years, in upstream exploration as well as downstream expansion.

The award of Block 5 is the second such win for Occidental in Abu Dhabi. The Houston-headquartered company was awarded a 35-year contract for onshore Block 3 last year for Dh893m.

"We see significant potential in onshore Block 5 and, in partnership with Adnoc, will continue to work to help unlock the vast untapped resources in Abu Dhabi," she said.

Occidental will also contribute "financially and technically" to Adnoc's large seismic survey, which covers data from within the block area.

The survey can capture 3D images of complex geology 25,000 feet below the earth's surface, Adnoc said.