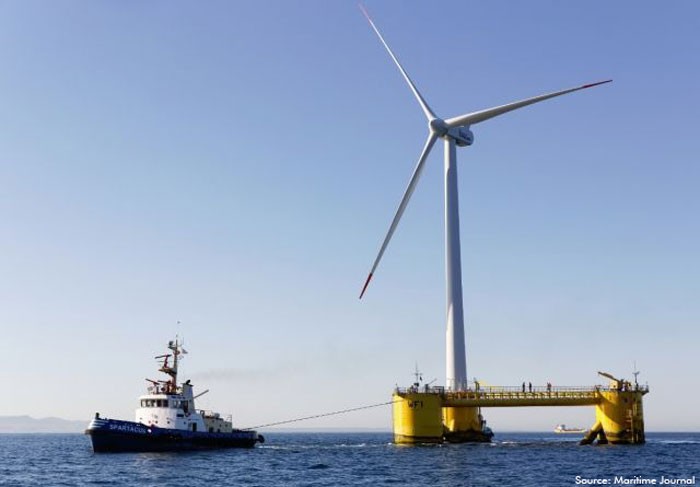 Scots engineering giant Wood, which has a big North Sea oil services business, has won praise in the City for the speed with which it has responded to the shift to new ‘green’ energy sources.

Aberdeen-based Wood was named as a top pick among services providers by UBS in a review of the wider oil and gas sector.

The investment bank praised Wood for the progress it has made in ‘pivoting’ to gain exposure to what it described as the growing Energy Transition theme.

The commendation will provide a fillip for Wood as the company grapples with tough conditions in the oil services market, in which it made its name.

Firms that operate oil and gas fields have slashed capital expenditure on new assets in areas such as the North Sea in response to the plunge in oil and gas prices triggered by the coronavirus crisis.

Wood faced challenges amid the deep downturn in the North Sea that followed the sharp fall in oil prices from 2014 to 2016.

Led by chief executive Robin Watson, Wood has invested heavily in recent years in diversifying into new markets in order to reduce its reliance on oil and gas. This has involved growing its presence in the market to provide support for firms operating in sectors such as wind and solar power and carbon, capture and storage.

In the oil and gas review, Jon Rigby of UBS said the outlook for the oil and gas sector had started to improve following a very tough year in 2020. The prospect of mass coronavirus vaccinations in 2021 has provided a boost.

He added: “We don’t expect capex to come back quickly as producers measure investment against stricter hurdles – implying challenging conditions for the supply chain near term.”

He noted oil and gas producers had to convince investors they could prosper though the energy transition. Top picks among majors include Royal Dutch Shell and BP, which have big North Sea businesses.

Q&A: From oil and gas to exploring renewables, with Fugro