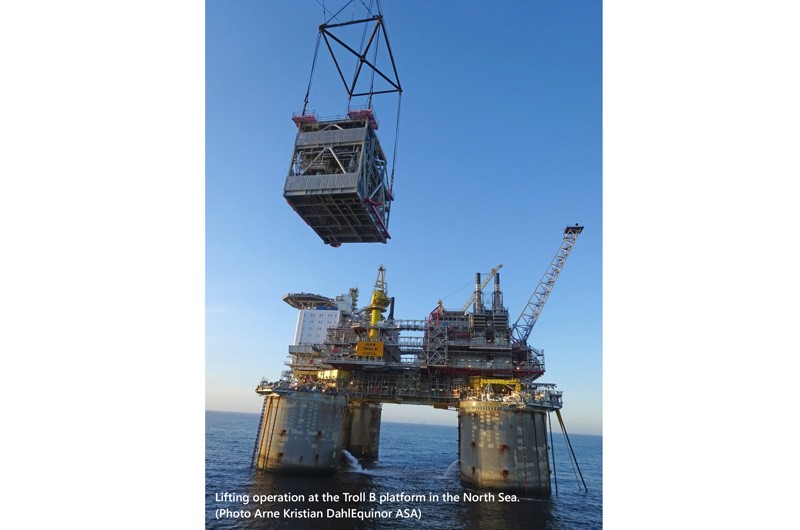 A new gas module has been put on stream on Troll B, boosting the oil production and processing capacity on the Troll field. It is essential to maximising the value of the remaining oil from Troll, and to maintaining high gas export from the field.

“Troll is an exceptional oil and gas field globally. The gas module will be an important enabler to deliver on our and our partners ambitions to maximise the value creation from Troll. It is also in line with Equinor’s updated roadmap for the Norwegian continental shelf (NCS), which aims to ensure profitable and sustainable operations for many decades,” says Gunnar Nakken, Equinor’s senior vice president for Operations West.

Oil production from Troll enters tail production due to declining reservoir pressure, and an oil column that is getting gradually thinner after decades of technologically path-breaking drainage. The module that was recently put on stream helps maximise the production of remaining oil from the reservoir. In a few years Troll will only produce from the large remaining gas reserves. The production horizon for gas from Troll lasts beyond 2050.

“We have been working closely with the authorities to ensure a balanced exploitation of oil and gas resources from Troll. The expected production increase is 4.7 million barrels of oil,” says Nakken.

The production is currently restricted by the gas treatment capacity on Troll B, and the new module will increase the capacity by 25 percent.

Increased capacity will allow more wells to remain on stream also when the oil wells are producing simultaneously with an increasing share of gas in the tail production phase. Increased gas export from Troll B is essential to maintaining the annual gas export capacity from the Troll field until the Troll phase 3 project comes on stream in 2021. The gas will then be tied in to the Troll A platform.

Aker Solutions in Bergen has been responsible for the design and construction of the module in Egersund. Worth some NOK 400 million the contract is exercised as an option under a FEED contract (Front End Engineering Design) awarded to Aker Solutions in 2016.

Construction completed in April this year, the module was transported offshore and lifted into position by the Saipem Ltd. heavy lift vessel. The chosen solution, consisting of an electric compressor train and new in-line gas drying technology, is an energy-efficient solution minimizing the CO2 footprint from production.

“Focus on simplification and improvement from an early work phase has reduced costs by some 10 percent after the investment decision, and the project has been delivered on schedule with good HSE results,” says Knut Kalvøy, heading the project for Equinor.